All art is propaganda 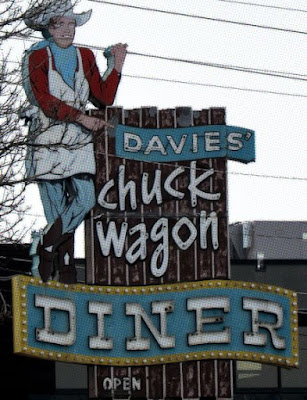 Propaganda refers to the use of persuasive information to influence public opinion. Such information is often distorted, based on rumors and allegations, or simply untruthful. But that isn’t always the case. Governments often release persuasive public service announcements based on factual information. And that, too, can be called propaganda insofar as it promotes and spreads information persuasively. Generally people think of propaganda in its negative sense, as a tool of corrupt governments and institutions. However I think W.E.B. Du Bois, Upton Sinclair, George Bernard Shaw, and George Orwell intended the word in its broader sense when they considered art as propaganda.

It raises serious questions, but pared down to the bone their meaning is clear: art attempts to persuade others of an artist’s viewpoint using factual, fictional, or even biased information. Its function is to propagate a viewpoint. It is therefore propaganda.

I began to take a fresh interest in George Orwell when I saw “Down and Out in Paris and London” on a must-read list. While reading his, “Burmese Days” I wondered what else he’d written. I found a compilation of Orwell’s essays titled, “All Art is Propaganda”. Intrigued, I requested it from the library. Once I got it home I looked for the essay with that title. There wasn’t one. So I went online to look for the quote.

It turns out that Orwell wasn’t the only writer who’d made such a statement. George Bernard Shaw is credited with, “All great art and literature is propaganda.” Prolific author, Upton Sinclair, said, “All art is propaganda. It is universally and inescabably propaganda; sometimes unconsciously, but often deliberately, propaganda.”

W.E.B. Du Bois addressed propaganda during a 1926 lecture. He tells us, “The apostle of Beauty thus becomes the apostle of Truth and Right not by choice but by inner and outer compulsion.” He continues, “Thus all Art is propaganda and ever must be, despite the wailing of the purists. I stand in utter shamelessness and say that whatever art I have for writing has been used always for propaganda for gaining the right of black folk to love and enjoy. I do not care a damn for any art that is not used for propaganda. But I do care when propaganda is confined to one side while the other is stripped and silent.”

In Orwell’s case, the comment about propaganda is made in reference to Charles Dickens, “But every writer, especially every novelist, has a ‘message’, whether he admits it or not, and the minutest details of his work are influenced by it. All art is propaganda. Neither Dickens himself nor the majority of Victorian novelists would have thought of denying this. On the other hand, not all propaganda is art.”
Have I been writing propaganda? It’s something to ponder.